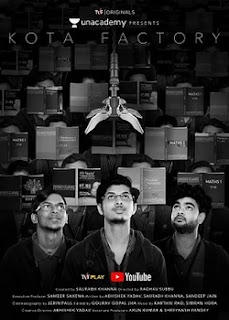 About the web series: The Kota Factory is the first “Black & White” web series created by the movie house TVF (The Viral Fever). Kota is an education hub city in Rajasthan, India. The story starts when Vaibhav, the protagonist of the show, moves to Kta from Itarsi. Kota is famous for the coaching centres that prepare students for competitive exams for doctors and engineers.

The show revolves around the student life of Kota, who are working hard to get admission to top institutions.

The show also has romantic elements, humour, and drama. Jitendra Kumar, who is playing the role of a physics teacher, is undoubtedly the show stealer in the Kota Factory. One of the eye key elements that played a vital role in show success is the “Black and White” visuals.

Kota Factory season 2 was released in September 2021, which was a great success. Watch the show on Youtube and Netflix. Undoubtedly, it is among the Top 10 web series in India. 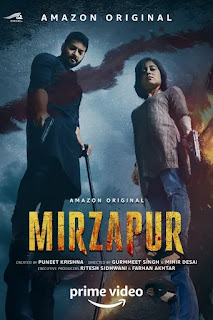 About the web series: “Mirzapur” story revolves around Kaleen Bhaiya and Guddu Bhaiya, the top-wanted goons of Uttar Pradesh. Pankaj Tripathi has done a marvellous job in portraying the character of Kaleen Bhaiya in the series, whereas Ali Fazal has played the role of Guddu Bhaiya. Till now, two seasons of the web show has been released.

The web series narrates the story of a college student, Guddu Pandit, aka Guddu bhaiya, how Guddu Pandit ended up being the most wanted don of the Uttar Pardesh, destroying the regime of Tripathi’s and Shukla’s.

If you are a fan of heavy violence and action, Mirzapur is the best watch for you. The story was terrific. Characters are well defined. The background score was gripping. The cinematography is superb. Overall, it was a perfect watch. 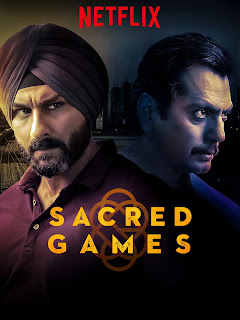 Based on: Sacred Games by Vikram Chandra

Streaming on: Netflix (Season 1 and Season 2)

About the web series: The series is set in Mumbai and is based around Sikh Policeman Sartaj Singh and a mysterious criminal gang. The novel by Vikram Chandra inspires the show, and the direction and screenplay are by Vikramaditya Motwane and Anurag Kashyap. The show was produced by Anurag Kashyap, Vikramaditya Motwane, and Varun Grover. Let me not waste any more words; the performance is excellent. The show is well-written, and the writer has done a fantastic job. The director and the production team have done a great job giving a realistic and cinematic feel to the series.

Sacred Games will keep you at the edge of your seat all the time. The series has me curious to know about what will happen next. This is not just your regular thriller. The series is more than that; it’s more than just a crime drama. The audience can root for the characters, especially the protagonist. 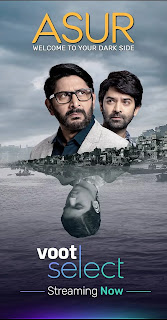 About the web series: “Asur” is one of its first kind. It is a perfect blend of crime, mythology, and suspense. Arshad Warsi is playing the role of a forensic expert (Dhananjay Rajpoot) in the Central Bureau of Investigation. Nikhil Nayar, a subordinate of the Dhananjay Rajpoot plates a lead role in the movie. Due to some dispute between Nikhil Nayar and Dhananjay Rajpoot separated their way. The story proceeds with some unrelated serials murders that ultimately connects Nikhil and Dhananjay. All cases were deeply rooted in the Indian mythology and past of both scientists.

Asur is genuinely a masterpiece. The costumes and sets were the only problem area. It wasn’t felt like watching a web series, but like seeing a low-budget movie. 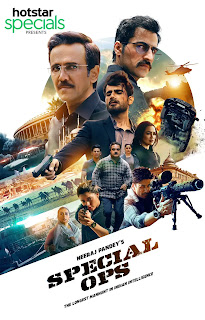 About the web series: When a group of terrorists attacked India, a special team constituted RAW agents. The show “Special OPS” focus on solving and finding the mastermind of the terrorist attack.

I appreciate that they are trying to educate the public by making the operations seem more realistic. Even though they are not ‘true to life, they are ‘true to life’ enough. I am not sure how accurate the operations are in terms of their military expertise in the writing. Still, I am sure personally what the characters in the show are experiencing.

I guess they are trying to show the audience what they might expect in the real world. Unfortunately, they are not entirely accurate in their portrayal of the military, but the personal life of the soldiers are being portrayed quite accurately. 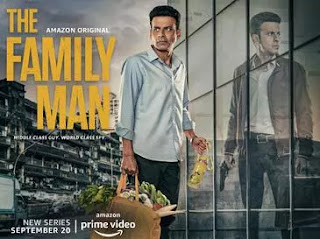 About the web series: The protagonist, Srikant, is an intelligence officer for the Threat Analysis and Surveillance Cell (TASC). Srikant is secretly working as an intelligence officer, which is creating a mess in his life. His family is not pleased with his overburdened work life. The story takes twisting turns when Sri and his subordinates investigate a potential terror attack in the country.

In the second season of the show, the story continues, and the actress Samantha Parbhu plays the role of the antagonist of the story.

The Family Man is one of those shows that makes it worth paying for an OTT subscription. The show has bits of adult comedy and foul language. Manoj Bajpayee is playing as Srikant, who has been excellent in his job for three decades. The supporting cast, including Sharad Kelkar, Priyamani, Sharib Hashmi, have done justice to their role.

The show is undoubtedly among the top 10 web series in India. 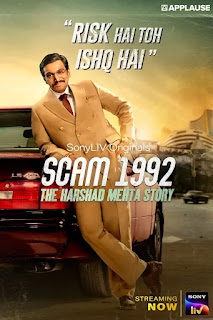 Based on: 1992 Indian stock market scam

About the Web series: The infamous Indian stockbroker, Harshad Mehta, was accused of a ₹4000 crore scam or the “scam 1992.” Scam 1992 is the story of Harshad Mehta and Hansal Mehta, who made a unanimous fortune in the Indian Stock Market. Harshad, who was once struggling for a job, craved his path to the stock market and turned the table upside down. Soon, he becomes the “king of the ring.” But Harshad’s greed dragged his form riches to the rag.

Partik Gandhi has done a marvellous job in portraying the character of Harshad Mehta. The show is an adaptation of the real-life incidents and the book “1992 Indian stock market scam.” The show, Scam 1992 has many exciting elements, but the show-stealer is the background music given by Achint Thakkar.

The music played an essential part in the success of the show. The show has bagged 9.5/10 ratings in the IMDb. 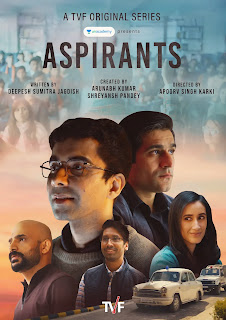 About the web series: Another cinematic masterpiece delivered by “The Viral Fever.” Aspirant is a story of three youngsters preparing for the Union Public Service Commission (UPSC) exam in the famous education hub of aNew Delhi, Rajinder Nagar. The show will pump you with motivation and ambitiousness. Aspirant is a unanimous choice for people who love “Kota Factory” or “Panchayat” (Another web shows for TVF). Aspirant is among the top 10 web series in India.

The web series is accessible on the TVF Play and “The Viral Fever Youtube channel.” The show is worth watching and a refreshing diet if you watch some tense and heavy content for a while. 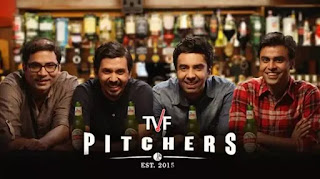 About the Web series: The story is about four young guys dreaming of establishing their startup. “Pitchers” is considered the first Indian webseries. TVF Pitchers is an ambitious attempt by TVF to break into the mainstream entertainment industry. The audience has received the web series well and has been praised for its storyline and humour. The show has been appreciated for bringing freshness to the Indian entertainment industry.

The characters are well sketched, and I appreciate Arunabh for not making the nerds. If you’re looking for a decent comedy with some laughs sprinkled in, at least until the last episode, then go watch this series. 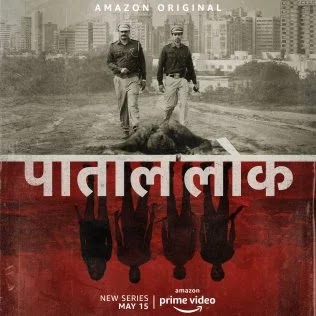 Based on: The Story of My Assassins by Tarun Tejpal

About the web series: A Delhi cop, Hathiram Chowdhary, is assigned to invest in a group accused of attempting murder on a famous TV news anchor. The investigation leads him to the dark truth about society. He realizes how society makes a lost man into a cold-blooded criminal. The series was listed in the Top 10 Indian Web Series of 2020 by The Indian Express.

The storyline is worth watching. On the whole, the show is well-directed and has some great acting performances. The series is addictive, and you will want to complete it in one seating.